UB40 comes to the Eifel … not the reggae band, but the car

The German soccer club FC Carl Zeiss Jena hit the headlines internationally these days albeit playing in the fourth division only. The reason was neither sportive successes nor failures, but a new shirt sponsor: The metal band “Heaven Shall Burn” now actively supports the groggy club.

But sponsoring by a music band is not a new phenomenon and it is not limited to soccer as well, as the example of this Nissan 240RS illustrates: Back in 1984, James Prochowski, the owner of a small tuning garage in Birmingham, bought an Nissan 240RS from “Blydenstein Racing Ltd”, Nissan’s semi-works team and exclusive importer of the 240RS in Europe. At that time, the 240RS was an affordable and on national level pretty competitive Group B rally car which was popular with private owners thanks to its robust and simple design. 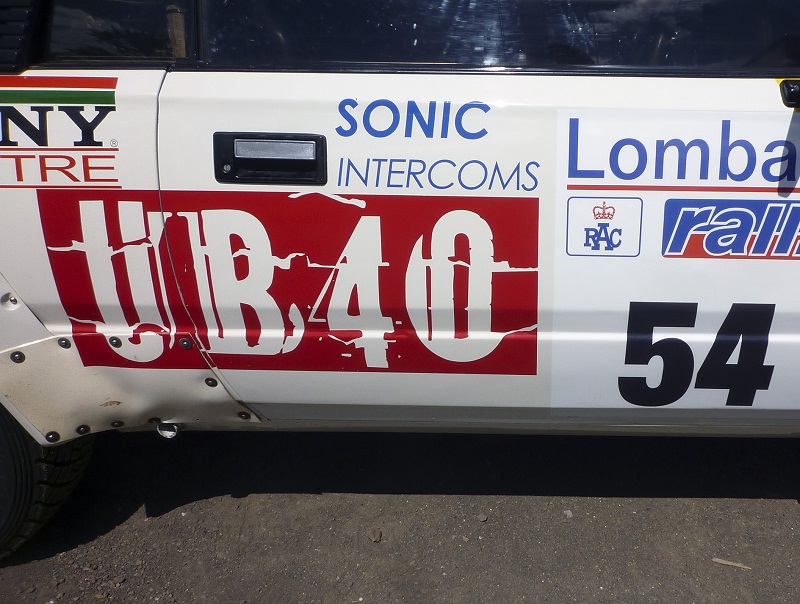 James grew up in the same working-class district of the industrial city of Birmingham as the brothers Ali and Robin Campbell, frontmen of the reggae band UB40 which was popular world-wide in the 1980s. The three men had been friends from the cradle. The band chose its name after a form for unemployment aid (Unemployment Benefit - Form No. 40) of the employment bureau of Birmingham and conquered the charts with their reggae sounds. Therefore, they were financially well off and able to support their childhood friend’s passion for rallying. This is why the car had always been wearing the logos and covers of successful UB40 albums on its body. But the band also profited from Prochowski’s rally endeavors and published numerous PR pictures showing the car and the band. There was even an interview with Robin Campbell and James Prochowski in the popular British TV car magazine “TopGear” in 1986: https://www.youtube.com/watch?v=g2y2JK7opXM

Fred Walter brought this largely untouched and patinized rally car from Birmingham to Stuttgart in 2014. After endless issues with the regulatory authority, a complete technical overhaul and restoration of the original livery of the 1986 RAC Rally, the Nissan 240RS will celebrate its comeback during the 2015 Eifel Rallye Festival.